Arran’s journey began in 2009 when he visited Breaking Convention in Sheffield. Being in awe at the talent on show he decided to get involved himself. Taking a personal appreciation to the art of Breaking.

He studied performing arts locally at Hyde Clarendon Sixth Form and passed in 2012 with a DDM. Later moving to Yorkshire to study BA Hons Dance (Contemporary) at Leeds Beckett University, graduating with a 2:1 degree.

Arran has danced/ performed for multiple businesses such as Premier League Productions (Arsenal Football Club), Puma, Lo'real, Adidas, Footlocker, Wrigleys, as well as dance companies Boy Blue Entertainment & The Demon Barbers. Having been part of a UK tour he has performed on many prestigious stages such as Glastonbury Festival, Cropredy Festival, Butlins and Warwick, Sheply. As well as regularly battling and judging internationally.

Arran has trained in styles such as Bboying, Hip-Hop, Jazz, Tap, Morris, Capoeira, Contemporary including, Graham and Cunningham Technique. Continuously looking to diversify and progress himself as not only a dancer/ performer but also an educator and teacher.

Arran has an undeniable passion for the improvement of the children he mentors and looks to inspire, challenge, and develop the next generation of dancers. His combination of street style foundations and abstract approach to movement is the foundation of his teaching methodology. 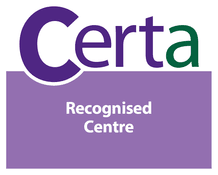