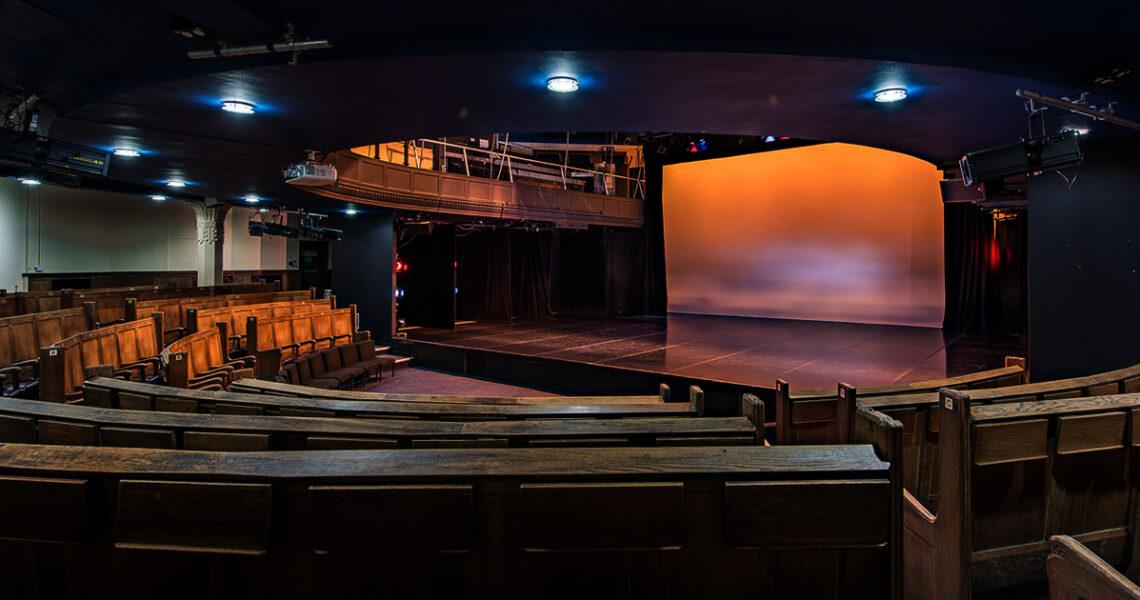 Each year NSCD commissions diverse voices in choreography to create new work for our autumn term showcase. This year we're excited to announce that students on our BA (Hons) programme are working with:

In 2020 audiences can watch NEW GROUND online. Performances will be live-streamed from Riley Theatre Wed 2 - Fri 4 December. Each night features one guest commission, plus a selection of original student solos. Click here to find out more.

Scroll for more on this year's artists.

Based in Brighton, TRIBE// was formed in 2016 to create and tour original contemporary dance works, quickly gaining a reputation for gutsy and emotive choreography. Choreographer Victoria Fox strives to create socially aware and astute performances that resonate with audiences, creating movement that speaks and connects, drawing from her 19 years’ professional experience as a dancer.

TRIBE// company dancer Kassichana Okene-Jameson was born in South East London. She graduated from Northern School of Contemporary Dance in 2017 where she worked with Katja Heitmann, Hannes Langolf and Joan Clevillé. In 2016 Kassichana was an apprentice for Carlos Pons Guerra’s DeNada Dance Theatre and has danced for Jamaal Burkmar Dance. She performed in the New Adventures Choreographer Award 2016 and the Wild Card programme at Sadler’s Wells, as well as working with ACE Dance and Music. In 2015 she was in the contemporary final of BBC Young Dancer. Kassi joined TRIBE// in Spring 2019.

Thick & Tight is an award-winning dance theatre duo creating avant-garde shows using dance, lip-syncing, text, film, design and acting to present characters who collide on the dance floor. Their work is exuberantly theatrical and eccentric, plumbing the depths of human experience to entertain and move audiences. The work springs from an ongoing exploration into ‘queerness in dance’ and its relevance for non-dance/LGBTQ+ audiences. They present dance in solidarity with the past and present in queer culture, depicting icons, drama, high camp, humour, struggle and resistance.

Daniel Hay-Gordon (Thick) and Eleanor Perry (Tight) met in 2006 at Rambert School. As freelance dance artists they have worked with Lea Anderson, Gary Clarke, Pina Bausch, The BBC, The Royal Ballet, National Theatre, The Young Vic, and many more. As choreographers they have worked with companies and professionals throughout Europe including Julie Cunningham, Edge FWD, Landestheater Passau and Corali Dance Company.

In 2013 Daniel and Eleanor began creating small scale work as Thick & Tight, for scratch nights and on video. They have steadily built a reputation as being at the very forefront of the UK contemporary dance/cabaret circuit. They have presented work to critical and public acclaim at venues and festivals such as Southbank Centre, London International Mime Festival, The Place, Sadler’s Wells, Wilton’s Music Hall, Hull City of Culture, Tate Britain, Duckie, Underwire Film Festival, Tate Liverpool, Ignition Dance Festival, Aldeburgh Music Festival etc.

Since graduating from Northern School of Contemporary Dance in 2014 with a first class honours, Akeim has been involved in multiple cross-artform projects with a wide range of artists and communities from around the world. His work combines dance, film, poetry, beat-box, singing and acting, fused to create performances that tell stories capable of bringing together a variety of audiences.