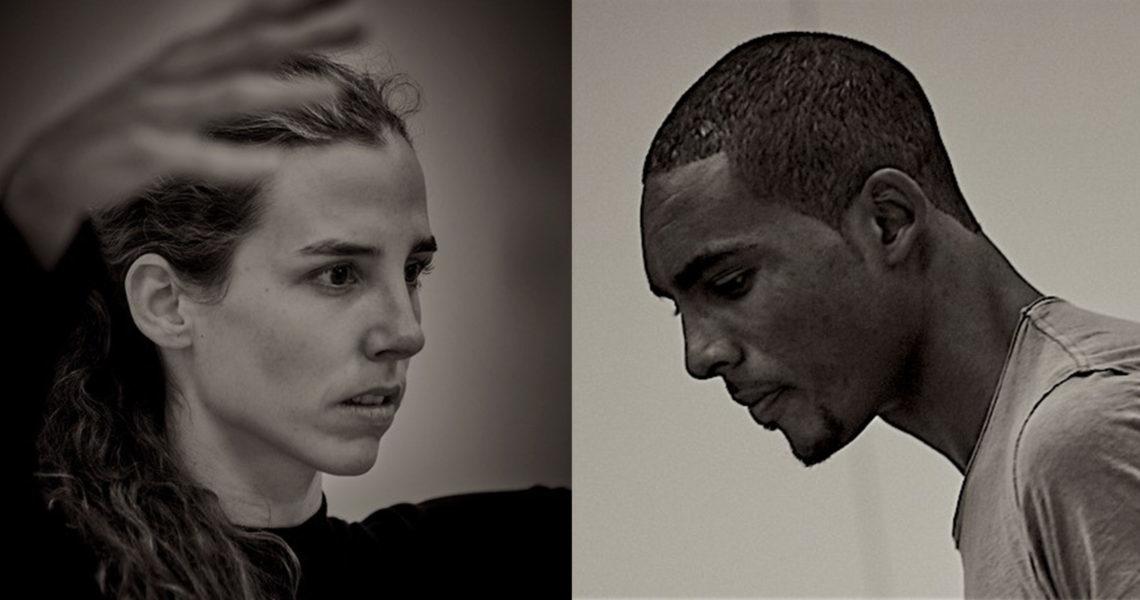 Birmingham and Barcelona-based dance company Humanhood have been working with our BPA2 students on new work for Student Showcase.

Co-founded and directed by Júlia Robert Parés and NSCD alumnus Rudi Cole, the company have developed a uniquely fluid movement language inspired by Western physics, Eastern mysticism and the symbiosis of moving bodies. With high levels of artistic intricacy, fusing energy-shifting sound, light and movement, their work is shaped by constant enquiry into the human experience.

Julia and Rudi worked with acclaimed international choreographers including Akram Khan and Jasmin Vardimon before diving into their own choreographic practice and philosophy, and are Associate Artists at DanceXchange Birmingham. They have presented works in Asia and Europe, including M1Festival (Singapore), Sadler’s Wells Dance:Sampled and Daegu International Dance Festival (S.Korea). Rudi and Julia are currently creating their first group piece ‘Torus’ with a newly formed company of dancers, which will premiere in February 2019.

About the commission for NSCD this March:

The company has been working with second year BA students at NSCD to create original new work for Student Showcase. Titled Dark Flares, the work is inspired by the cycles and rhythms of the cosmos, from colliding galaxies to solar flares.

“Dancers spin and react to each other with ceaseless fluid motion, mirroring orbital movements throughout the Universe. Shapes and geometry emerge between the performers, forming a larger organism where everything is interconnected.”

Dark Flares will be performed as part of NSCD Student Showcase over four nights 20-23 March. The showcase features exciting new commissions from guest artists drawn from across the UK and further afield.

Watch the trailer for ZERO by Humanhood