ACCLAIM FOR CRYSTAL ZILLWOOD AT RESOLUTION 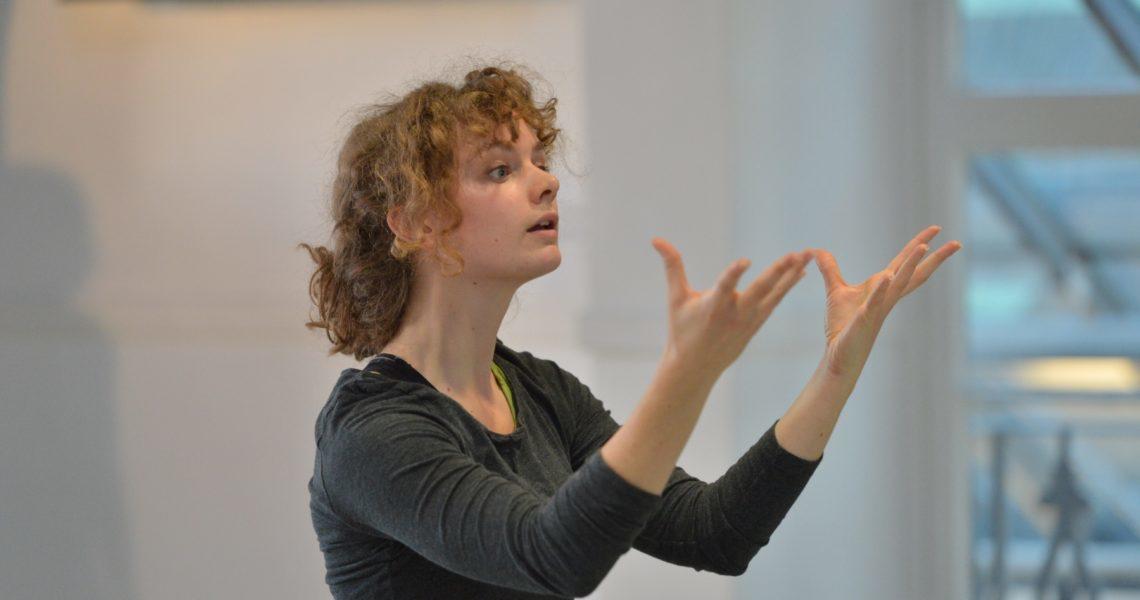 On Friday 8 January the annual Resolution Festival in London got off to a flying start. Crystal Zillwood, alumna of VERVE 13 (NSCD’s postgraduate performance company), opened a triple bill at The Place with a solo developed as part of NSCD’s Northern Connections ’15. And it seems she set the bar high! Other performances included Jazz Scene by Traceworks and An Apple A Day by Sarah Louise Kristiansen.

Cued to Goran Bregovic’s plangent Ederlezi, this beautifully considered, artfully anthropological work is a simply staged and physical charting of human/animal nature and civilisation’s progress. Articulate down to her toes, Zillwood conjures worlds out of thin air. Performing with luminous, unhurried confidence, she brought a lightness of touch and a concomitant focused weight to every move.
Donald Hutera

Choreographed and performed with confidence and subtlety, the piece explores the titular concept of evolution as well as drawing on physical inspiration from primates and the development of life. Zillwood’s movement is riveting: clean lines suddenly devolving into primal stances or easy lopes across the stage, combined with impressively dextrous feet, created an image of something simian but sophisticated. Accompanied by an understated score and lighting, this performance was physical yet thoughtful.
William Bridgland