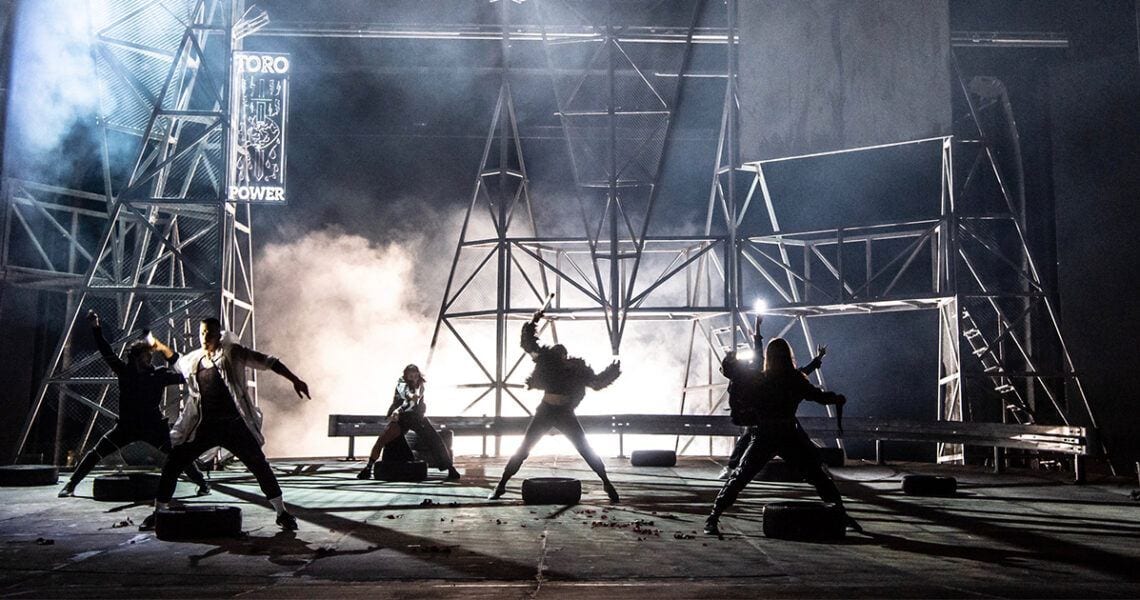 The work premieres live on Opera Vision on Tuesday 10 November at 6.30pm (BST). It will then remain available online free of charge until May 10, 2020. Watch it here

“To be able to reimagine and choreograph for a production such as Carmen at this point in my career is just a dream. With boundless energy and character written in the score, the music offers the potential for almost endless movement possibilities, a choreographer’s dream.

“I started working with [the Director] Barbora Horáková during my third year at NSCD as part of a collaboration in which I choreographed an opera evening for Leeds College of Music. Carmen is now the ninth production we have premiered together throughout the UK and Europe”

Set in Spain in the height of a scorching summer, the opera follows Don José and his hopeless passion for freedom-loving Carmen. With a set design inspired by Spanish bullfighting rings, this is a unique twist on the classic opera. There is no choir in Barbora Horáková and Martin Mutschler’s reworked version of the original, allowing the production to go ahead despite Covid restrictions.

The production runs until February 2021 at Staatstheater Hannover

On creating work during the pandemic, James said:

“It is such a privilege to be working during this time, creating theatre, pushing boundaries and trying out new things when the world is almost at standstill. We need this and we need to keep fighting for this. Our viability is something we should and need to keep pushing during these uncertain times.

“The whole production had to adhere to Covid regulations and at first these felt very restricting. We as artists love the notion of endless possibilities so when you’re tackling a piece full of love, sex, conflict and obsession with social distancing it is a bit of a shock to the system. How do you begin to search for the brutality of a fight scene at a three-meter distance?

“However when you get used to the constraints and the three meter distancing for the dancers amongst many other safety restrictions you begin to process and face it as a new artistic challenge, and start to push yourself and your decisions to new possibilities. Who knows, in some cases maybe we made more interesting decisions because of it.

“It also gave me great pleasure to have fellow NSCD dancers attend my audition for Carmen with two of them being offered full contracts in the show; Alice Gaspari and Dominic McAinsh.“