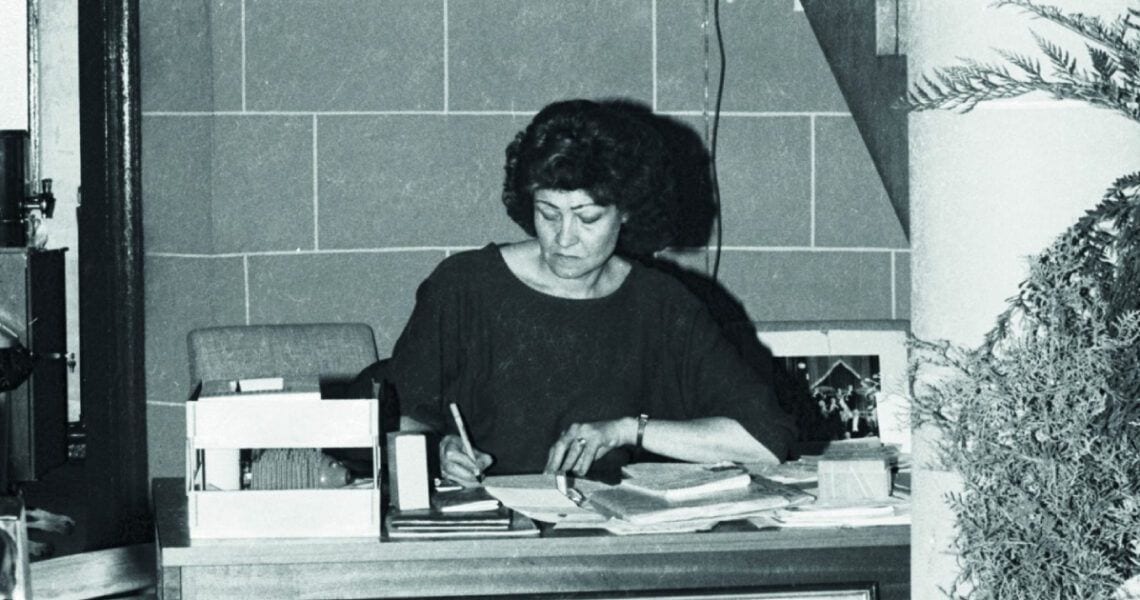 Today marks 5 years since the passing of our founding Principal, Nadine Senior MBE.

In honour of her memory and lasting impact, we are today launching the Nadine Senior Legacy Fund. Staying true to our mission and Nadine’s founding beliefs, this fund will support students from non-traditional backgrounds to access and enjoy dance training of the highest quality. 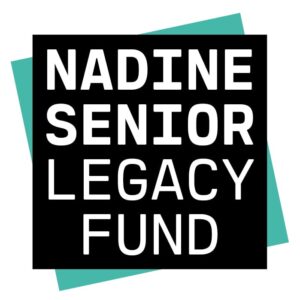 Your generous donation will help to provide financial assistance for students from groups currently underrepresented in higher education, including those who:

It’s thanks to Nadine’s pioneering spirit and passion that Leeds is now home to both the longest-standing contemporary dance company and the only conservatoire for dance outside of London; Phoenix Dance Theatre and the Northern School of Contemporary Dance.

Read on for tributes to this inspirational woman.

“Facilitating opportunities for young dancers from non-traditional dance backgrounds was a cause Nadine pioneered and supported throughout her distinguished career.  It led to some extraordinarily successful dance careers for many who were encouraged by her vision and trust in their potential.

After her phenomenal success in developing educational dance to the highest standards with her pupils at Harehills Middle School, Leeds, she opened the Northern School of Contemporary Dance in order to give the opportunity to train professionally to young dancers, not only from the local area but from similar backgrounds across the country and later, abroad. Students were selected for their talent, albeit quite raw, and for their commitment to dance as their language of expression. At NSCD Nadine aspired to producing dancers who were technically excellent, artistically and creatively inspiring and able to make a valuable contribution to the art form.

Nadine was a visionary, and held a clear, profound philosophy about the value of the arts and particularly of dance, to the individual and society.  She was totally single-minded in achieving her vision, gathering to her the people who could help her to realise it. I was fortunate and privileged to be one of those people.”

“Nadine was quite simply inspirational. I remember my NSCD audition day well. Nadine knew I had come from a very poor, deprived background and in my final interview, as I sat nervous in my chair, she leaned forward and simply said to me, ‘this school is for you’. This will always stay with me. She was a tremendous principal with a big heart and a strong vision. Sometimes scary, sometimes funny, she had a wonderful sense of people and had a passion for dance that was infectious. I have a lot to thank Nadine for and I try to carry with me her principals and morals.”

“It was Nadine who picked me from the auditions for NSCD in 2000. She supported me as a student, as a student governor and subsequently as a lecturer.

After she retired, we kept in regular contact. She supported my decision to form a company and was always there for chats and advice. We became close friends meeting up for lunch almost every other Monday since 2008.  I would go to Jazz club with her, something she loved and was committed to. She would listen to my creative ideas, come to see how rehearsals were going, attend performances and we would attend other shows together, discussing the ins and outs after.

Nadine was a teacher throughout my training and a mentor in my career. She became a patron and ambassador of my creative work but over and above that a good friend who I could confide in, laugh and cry with, chat both nonsense and at the time sit down and have fierce debates with. She was an important figure in my adult life and I cherish the memories I have with her. She is mentioned specifically in my last work, “6 Feet, 3 Shoes” in the section that pays tribute to those who came before us, and without whom we wouldn’t be the people/performers/artists we are today.”

“The gym at Harehills Middle School was being painted baby blue and there was a heavy smell of paint in the air as the young students dashed around, orchestrated by their PE teacher.

That was one of my earliest memories of the pioneer and controversial founder of NSCD. Nadine was controlling the action in what, I think, was her take on Dante’s Inferno. It must have been the late seventies or early eighties and watching her young, gifted pupils even then you could see that many of them showed great promise.

There was a skinny but elegant boy, who later turned out to be leading contemporary dancer and choreographer Darshan Singh Bhuller. There were other young men, athletic and powerful, who went on to found Phoenix Dance and RJC or danced with companies worldwide.

Nadine was firm but fair and somehow managed to harness all that testosterone-fuelled energy into positive expression and movement.

What singled her out from the norm was that she deeply cared about these young people and wanted to be able to train them to become the best they could be.

Nadine never minced words, as far as I could see. She ruffled feathers. She threatened to return her well-deserved MBE when she couldn’t get funding for her vision.

But in the end she got what she wanted and the school found a home in the old Chapeltown synagogue in 1987. It was all very basic. There were offices near the stairs and also Billy, Nadine’s sheepdog, in residence. The £3.2 million project to create purpose- built facilities was completed ten years later and on January 30, 1998, there was an Opening Gala, featuring many former and present students, not least Chantal Donaldson, now Sharon Watson, principal of NSCD.

The wheel has gone full circle and I like to think that Nadine nurtured her students to stardom and guided her protégées to where they are today. She loved jazz and going on cruises and was a force to be reckoned with. She is sadly missed but her memory now lives on in the awards in her name which will help more young people find a successful path into the world of dance.”