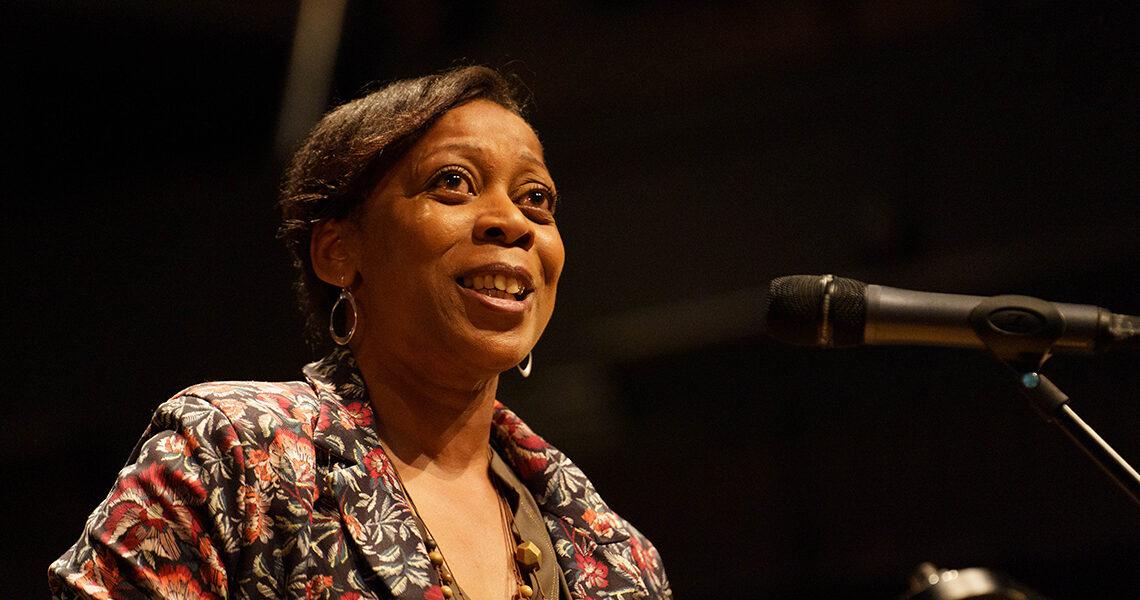 We are delighted to announce that Pam Johnson, Head of Culture Programmes at Leeds City Council and alumna of NSCD, was conferred as an Honorary Fellow at this year's FUTURE NOW: BA Graduation performance and celebration evening on Saturday 9 July.

The highest honour the School is able to bestow, Honorary Fellowships are awarded each year to individuals who have made an exceptional contribution to the School, contemporary dance and the wider cultural ecology. Since 2017 Honorary Fellowships have gone to alumnus and choreographer Akram Khan MBE, Miranda Tufnell, author of Body, Space, Image: Notes Towards Improvisation, alumna Gail Parmel, founder of ACE Dance and Music, Wayne McGregor, and alumnus Gary Clarke. See the full list here.

A professional dance career followed including as a dancer with DV8 Physical Theatre – taking time out during her second year at NSCD in 1987 – and later as a dancer, choreographer and teacher with Phoenix Dance Theatre (1989-98).

After retiring from the stage, in 1998, she became the Outreach Development Manager for Kokuma Dance Theatre Company in Birmingham and then returned to Leeds in 2019 to take up a new role for NSCD – to help establish widening engagement programmes.

Pam joined Arts Council England (ACE) in 2003 working in their North West and Yorkshire offices. In 2013 she was promoted to Senior Relationship Manager at ACE London where she maintained a dance portfolio, managed the dance and combined arts teams, and coordinated the Arts Council’s strategic partnerships with London’s local government.

After over 15 years she left the Arts Council and returned to Leeds to take on a new role with Leeds City Council in 2019, Principal Officer for Culture & Sport. In April 2021, she was promoted to become Council’s Head of Culture Programmes which involves oversight for the city’s Culture Strategy and Cultural Investment Programme (comprising arts@leeds and Leeds Inspired).

"My relationship with the Northern School of Contemporary Dance goes back a long way – from its inception as Nadine Senior’s vision, to becoming one of its first students, later working at the school and now in my current role at Leeds City Council valuing NSCD’s significant contribution to the creative ecology locally, regionally and nationally. I’m delighted to be awarded an Honorary Fellowship and in accepting the award I am incredibly proud to share the stage with another generation of exceptional graduating talent the school produces year on year."

Over the course of her career, Pam was awarded the Young Achiever in the Arts and Woman of Achievement awards, both for her contribution to arts development in Yorkshire.

"Pam is an extraordinary individual with an inspiring career path, first in performance, later in outreach and engagement and subsequently in arts and cultural management. Her years of service have served the city and sector well and we're proud to welcome a Leeds-born cultural champion as our Fellow for 2022. We look forward to working with Leeds City Council even more closely in the months and years to come"

Want to play a part in shaping our future?

We’re currently looking for a new Trustee & Governor to join our Board of Governors.