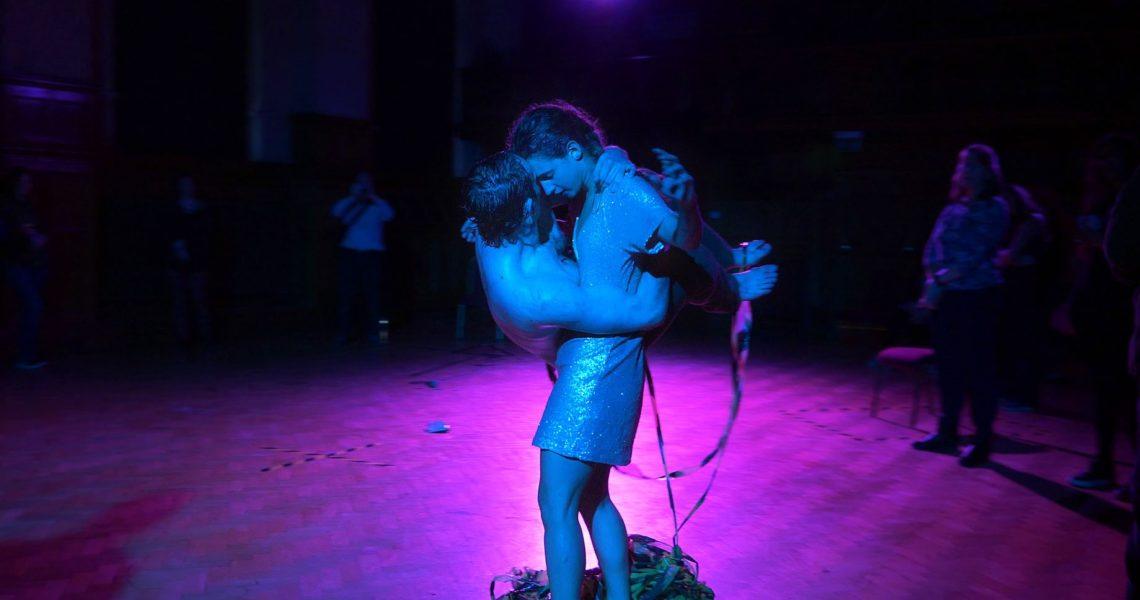 Vinicius Salles creates work which examines the expressive meanings of the body, as well as interrogating contemporary questions of sexuality, gender and technology. His new work, The whole shebang!, will be performed by NSCD third-year students at Future Now.

Vinicius graduated from the Martins Pena performing arts school in Brazil, studied filmmaking at the London Film Academy and holds a Master's in Documentary Film at the University of Arts London (UAL).

He currently works as a visiting lecturer at Royal Holloway University and Christ Church University in Kent, and is the educational facilitator for Jasmin Vardimon Company and Punchdrunk.

We caught up with Vinicius ahead of Future Now to find out about his working process.

Get a taste of Vinicius' work

Q. How would you describe your practice as a whole?

A. I have focused on the ‘body’ as my main platform. I examine the expressive meanings of the body within the contemporary world, interrogating themes of sexuality, gender, identity, isolation and technology. I’m interested in exploring the relationship between dance, performance and theatre, and my works often incorporate a strong physicality in order to achieve engaging live performances.

Q. Can you tell us what you are currently working on with the students? Are there any ideas or themes in particular that you are dealing with?

A. My new work takes place in The Cow’s Arms pub, a place lost in a mundane, urban wilderness. It is a refuge for locals to ruminate on their political ideologies. The customers’ stories intertwine, creating a contemporary physical tale that is sharp, funny and cruel.

In this ring of hate, the landlady is at an impasse; how to deal with certain groups in the pub who are subverting the meaning of others’ words to reinforce their own beliefs and to regulate how a body should move.

Q. What can audiences expect to see?

A. The whole shebang! presents a breathtaking collision of physical theatre, text, dance and music to deliver an invigorating statement about the distortion of words in our time.