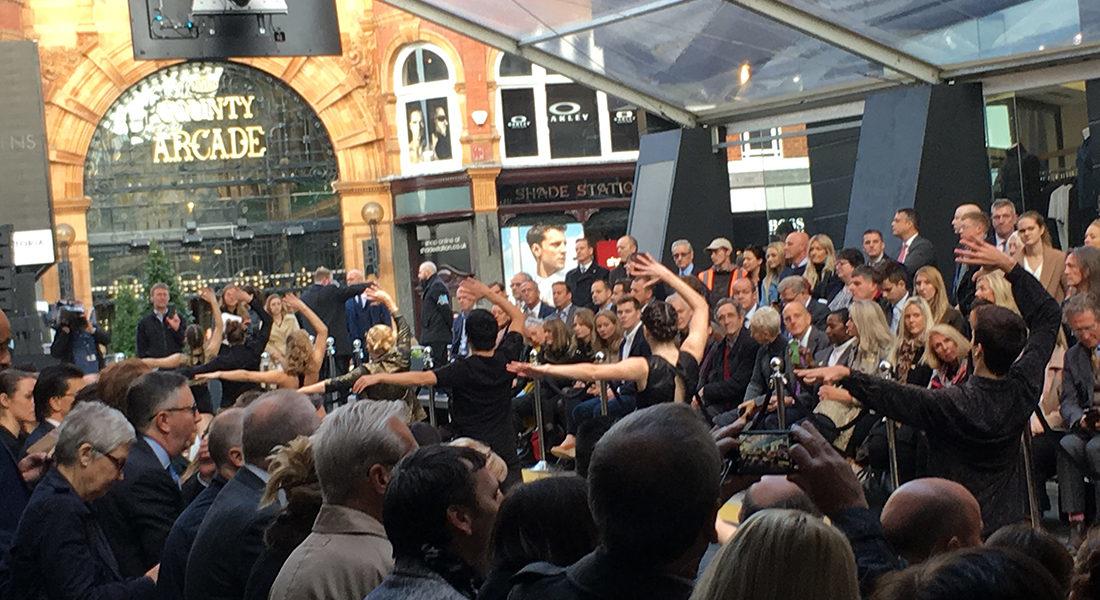 John Lewis and Victoria Gate Leeds, opened its doors to 400 VIPS and the public in a spectacular opening ceremony last week. With an energetic and glitzy performance piece titled ‘High fashion’ the 11 strong NSCD dancers then processed the guests through the famous store’s doors once the ribbon was cut.

Students bid for the opportunity to be part of the ceremony at the school and once chosen by Head of Performance Francesca McCarthy,  the group then got to work imminently on the piece. Rehearsals between scheduled class time meant the dancers needed to be committed and understand the gravity of the event. Each of the dancers were delighted to be part of such an iconic opening, one which has added kudos to Leeds being tagged retail capital of the North.

James Bailey, General Manager of Victoria Gate said: “John Lewis have been trying to come to Leeds for 30 years and never managed to secure the site,” he said “It is a really exciting week and is a transitional period in that construction work is still going on but retail staff are on-site kitting out stores. The team really were AMAZING!”

The headline act was a closely guarded secret until the event but ‘Scouting for Girls’ performed a few numbers from their most recent album which added a further sense of gravitas to the occasion. Northern Ballet delivered an extract from their show and Opera North performed a lovely brass band piece.

It is no accident that Victoria Gate, does so with just over eight weeks to go until Christmas. It’s prime time for sales, generation of footfall and James says that for him and the team, the hard work starts from next Thursday until Christmas. Victoria Gate has created a total of well over 1000 jobs – 550 of which are in John Lewis alone. The Hamersons development has also brought independent and chain retailers – many of whom are opening their first branches in Leeds.